Unveil the Hidden Presence: Trafficking in Women and Children

A Leadership and Innovation Lab

Human trafficking occurs in virtually every country in the world and often across borders. Women and girls account for about 70 percent of the victims; two out of three trafficking victims are girls.

Trafficking in persons is a gross human rights violation and strongly connected to other topics such as humanitarian action, security, violence against women and children, migration management and refugee protection, business responsibility and supply chain accountability, and economic development.

Consequently, in September 2015, the international community adopted the 2030 Sustainable Development Agenda and defined goals and targets to combat trafficking in persons – thereby making a clear link between the fight against human trafficking and sustainable development.

“In some [other] workshops, the facilitators speak and the participants sleep. In this Lab, you really made us listen to each other and work together.”

The Lab is designed for leaders and change agents from the worlds of policy-making, media, business, academia and civil society. Special focus is given to participants from source, transit, and destination countries of trafficking in persons in Europe and Africa.
We will bring together over 30 selected individuals from diverse socio-cultural backgrounds, nationalities and professional expertise.

Together we will work on approaches to increase awareness on and prevent trafficking in women and children with the specific focus on the African context. Outcomes of the Lab are expected at different levels: individual, organizational (for the institution or companies represented) and at the systemic level by contributing to international discussions and commitments as well as fostering social change in the domestic contexts of the participants (see flyer).

The Lab is a multi-stakeholder dialogue process. We provide an enabling space for all participants to explore one another‘s perspectives and experiences. Participants engage in dialogue and jointly develop new approaches to increase awareness on and prevent trafficking in women and children. We acknowledge that different groups such as survivors, civil society organizations, media representatives and journalists, donors, community and religious leaders, academics, governments and businesses have complementary skills, experiences and motivations to jointly drive innovation and sustained progress. Throughout the whole process, participants are encouraged to develop specific action, to initiate and shape transformation in their home contexts and on a global level. We design a process including face-to-face and online exchange, individual and action-related coaching. 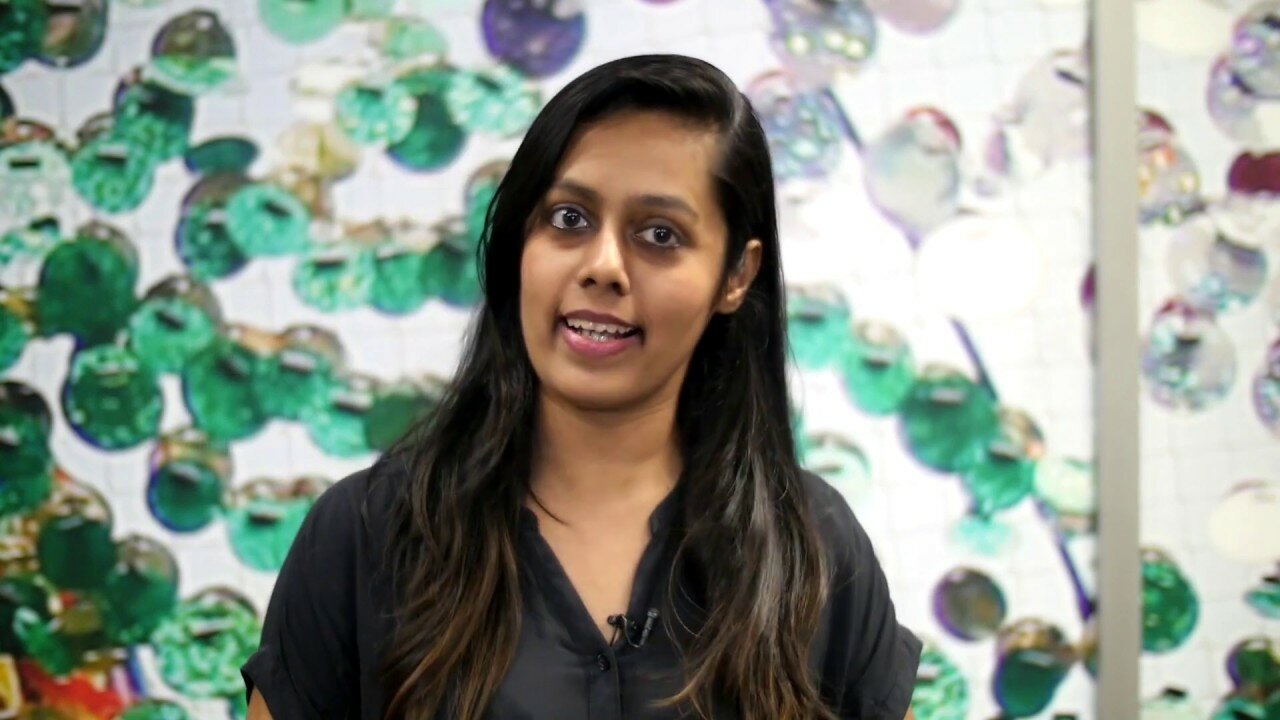 The process entails online exchange and coachings to share, learn and develop ideas further as well as two face-to-face meetings.

In November 2018 the second and final Lab meeting of the Leadership and Innovation Lab Unveiling the Hidden Presence – Trafficking in Women and Children took place. The Lab group amazed yet again with its dynamism and passionate commitment to fighting trafficking of women and girls.

Between the two Lab meetings, initiatives that sprung out of the first meeting were bearing fruit. Over the four days, the participants shared news of all the many actions and achievements since Nairobi. These included, amongst others, a hotline in Uganda to advise potential victims of trafficking of the dangers of illegitimate work opportunities abroad, Djibouti’s first night shelter for vulnerable people, and a range of high-impact news stories – one of which led to the rescue of 62 girls. All in all the participants* shared 73 (!) change initiatives, which they initiated in the four months since the first lab meeting. The vast number and high-impact nature of these achievements amazed participants, as well as the hosting team. This set the tone for the subsequent days, with participants acutely aware of the impact they had had on their communities and society more generally. After this sharing, participants identified what their biggest challenge was in achieving their goals in relation to combatting TIP.

The participants were given time and space to identify and explore, via peer counselling, the challenges faced by those fighting trafficking. To name some, these are e.g. how to work with a shrinking civil society space, how to protect vulnerable people when the organisation is seen as a threat to national security, and how to ensure regional or global policies are implemented at national level.

The Lab group came up with ideas for new joint initiatives and delved deep into design and collaboration considerations, to help ensure these initiatives take place. They brainstormed and compiled valuable checklists to assist in these new initiatives, including funding opportunities, useful databases, and websites.

In terms of practical skills, participants received coaching throughout the workshop on how to create and deliver messages, give one-sentence elevator pitches, and handle TV interviews. There were several opportunities to practice these, e.g. in their conversation with TRF Chief Executive Officer (CEO) Monique Villa, in their pieces-to-camera for a Lab video, and at the Trust Conference during networking sessions.

On the last day participants agreed on concrete steps to further the dialogue and alliances built over the lab period. Overall, feedback on this Lab was overwhelmingly positive, with the bonds between the participants and the hosting team even stronger than before.

The annual Trust Conference (http://www.trustconference.com) took place after the Lab meeting. The Lab participants were given a 15-minute slot within which, on common agreement by the group, four key projects of the Lab were presented. The dynamic presentation emphasised the breadth and depth of what the Lab had achieved.

However, after the face-to face- meetings, a dialogue process is by no means completed, but continues to exist in the form of a community of practice, so that further effects are constantly unfolding.

On an individual level, the lab participants profited greatly from the media training integrated into the lab in addition to the self-reflexive exercises. Through an increased awareness of language and the transmission of information, participants were supported both personally and in their professional life, e.g. in dealing sensitively with victims/survivors or in marketing the change approaches to other relevant partners in the respective local contexts. Some participants* reported that they would use the methods they had learned in their organisations. The Lab has been able to build important bridges between actors such as government and the media, which are now working together to strengthen the fight against trafficking in human beings, especially women and children.

In June 2018 the Lab Unveil the Hidden Presence: Trafficking in Women and Children kicked off with a meeting in Nairobi. Participants from governments, academia, media and civil society of 25 countries around the globe met in person for the first time. Over the course of four days, participants opened up to a mixture of interactive co-creation and self-reflection methods, including amongst others journaling and exploring ones social atom, speed dating, peer-counselling methods, small and large group work as well as open spaces.

Many of the participants did not have intensive experience with the self-reflective and open co-creative nature of the Lab process. Nevertheless, the carefully selected participants brought an electric energy to the dialogue. “Coming from a field where I am used to power point presentations, I learned just to immediately change my training delivery approaches.” stated one participant already on the second day.
Everyone connected on personal and professional levels, explored the different experiences and challenges in the fight against trafficking in women and children and learned about the conditions and synergies in connecting the different sectors and professions. “My greatest challenge now is going back as a single person.-” was one of the reactions after the deep experience.

Central to “unveiling the hidden presence” was, furthermore, the conversations on social media, on understanding the role of media and journalism, on identifying fake news and crafting messages. One participant working at Kenya’s Ministry of Interior and Coordination, reflected: “I realize now that we can no longer ignore the media!” Facing local reality through learning journeys contributed a lot to stimulating reflection on the topic. Part of the group went to HAART, currently the only organization that works exclusively on eradicating human trafficking and modern slavery in Nairobi including prevention, protection and prosecution services. The other half of the group visited the informal settlement Mathare where HAART conducts prevention work. Struggling to bring food on the table and to keep a roof over their heads, families often find it difficult to prioritize their basic welfare and safety. These precarious living conditions provide a fertile ground for traffickers. “We did not choose to come here but we ended up here.” explained one of the inhabitants.

Ahead of the learning journeys, participants were briefed on how to approach the visits, including re-examining the challenges they had identified, and keeping these in mind during the field visit. The briefing furthermore included how to identify specific story angles and campaign threads that they could incorporate into their own work. The field visits were a very intense experience; everybody was deeply moved by the work done by HAART.

The meeting in Nairobi concluded with thoughts about joint future project ideas and proposals as well as next steps to develop ideas further, to collect and publish stories and setting up communication and collaboration channels.

Back home, participants already started to collect stories, stimulate conversations and organize meetings in the local communities sharing also the stories of other countries as well as  the experience of the Lab.

The following actions evolved after the Nairobi meeting:

“The highlight was the amazing achievements of the group individually and in-group projects (since the first Lab meeting). It really showed what can be achieved when being part of and supported by such a great group of people.”

Laureates and Leaders for Children Report - A FAIR SHARE FOR CHILDREN

ODIHR Guidance on Human Trafficking and the Covid19 Pandemic

Flyer »Trafficking in women and children«

Booklet »Trafficking in women and children«