After having served as the Director of Innovation at the Costa Rican Ministry of Science, Technology and Telecommunications, David Bullón Patton now dedicates his new initiative Micelio to advancing public service through innovation, cooperation and mindful leadership. He took part in the Global Wellbeing Lab 2.0.

David’s curiosity and his eagerness to explore new perspectives led him not only to diverse parts of the world, but also through various sectors: starting as a nanotechnology researcher, he turned to the corporate sector and became a manager of product and process innovation. Sobered by the realization that in this position, he had to participate in subordinating social concerns to profit, he decided to drop out of the private sector and search for ways to promote social change. Reflecting on the experiences he gained working for several NGOs, each of which had a very different approach to development, he came to the conclusion that social change can be promoted most effectively by engaging in public service. To prepare for his new objective, he earned a Master in Public Administration at Harvard University and started a new phase in his life.

David entered the administrative workforce in Costa Rica, the country he was raised in. First, he joined the Ministry of Foreign Trade and later moved on to the Ministry of Science, Technology and Telecommunications. However, this was initially a very frustrating experience for him as two paradigms collided. “For four years I have viewed the world through a unique lens as the director of the government unit in charge of Costa Rica’s innovation policy because I am at the heart of a hotspot of creative destruction in public policy. As the happiest country in the world, Costa Rica is on the forefront of efficiency and sustainability in achieving wellbeing. At the same time, Costa Rica has one of the most suffocating bureaucratic public sectors in the world.” David feels that public policy in Costa Rica is facing huge challenges: “The country is at the crossroads of disruption as centralized forms of public governance are clashing with societal expectations. In this setting, my role as a public servant fostering innovation fueled by technological change placed me at an epicenter in which a society seeking to leverage innovation to foster wellbeing is at odds with the archaic structure of its government.” What it all comes down to, in David’s view, is a set of three major crises that affect all Latin American governments: A crisis of leadership, a crisis of management and a crisis of participation.

… into a fertile forest

Despite his frustration, David hung on during what he calls a “rollercoaster ride” and began to channel his energy towards listening to the diverse voices from within the government structures that surrounded him in order to tune into the emerging future of government in Costa Rica. The “soul family” he met at the Lab proved to be very helpful in nurturing him on this journey. “During the lab itself I started to adopt experimentalist governance to empower supporting stakeholders in the innovation ecosystem to experimentally co-create innovative ways to address the challenges we face as a country. The concept of deep/generative listening has allowed me to engage in tricky political situations in ways that value potential enemies’ needs in order to achieve better outcomes.” One of the most precious inspirations for him was a vision he had of his future during the session in Bhutan: “I saw myself releasing fears, bringing light to the public sector and playing a leadership role in an interconnected social web in a forest, bringing change with vibrant energy.” David is taking this perspective further, together with kindred souls inside and outside of government through an initiative named Micelio. Micelio supports and connects change-makers in and out of government with a vocation for public service in order to facilitate the emergence of the next paradigm of public service. As time advances, David hopes that this network will act as “the mycelium in the forest of public service” by transforming separate organizations into one collaborative organism by connecting the change agents at their roots.

For David, the process of designing Micelio was and still is deeply intertwined with his personal and spiritual development: “I realized that the state of the intervention depends on the state of the intervener”. As the next administration took over he found himself at the crossroads regarding how best to serve the purpose of facilitating the transformation of government.

David has decided to step out of his role in the Ministry to focus his efforts on supporting change-makers in and around government  that have creative ideas about how to bring collaboration, innovation and mindfulness into their sphere of influence: “I want to take a year to learn, explore and prototype Micelio. I hope to be able to collaborate with others to facilitate the emergence of the interconnected web of public servants. My belief is that if people around the world plant seeds through this bottom up approach, then we can collectively contribute to the emergence of systemic changes that allow emerging practices rooted in mindful leadership, open governance and innovation to spread widely throughout the forest of public service.” Thanks to his courage and openness and the support of an inspiring community at home and abroad, David is enthusiastically living by his core principle: Be the change you want to see in the world.

“Some of the insights that I gleaned during the Lab set me on a path towards facilitating the emergence of a different form of public service – based on mindful leadership, innovation and open governance.” 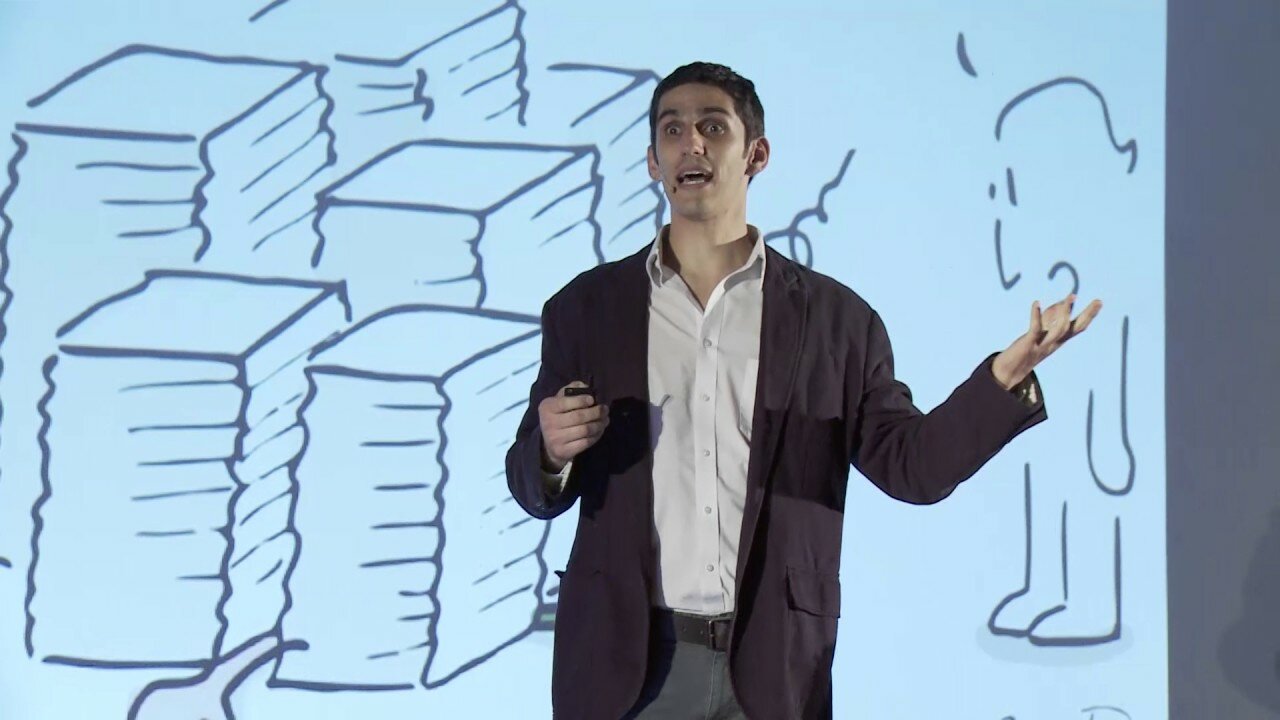