Hellen Tanyinga Lunkuse Waiswa is the founder and executive director of Rape Hurts Foundation. Being a victim of Gender Based Violence herself, she has dedicated her life to creating a world in which women and children are able to realize their full potential. Her participation in the Unveil the Hidden Presence: Trafficking in Women and Children Lab, inspired Helen to initiate new projects related to fighting Trafficking in Persons in Uganda.

In Uganda GBV practices include physical and sexual abuse, asset ownership and employment violence. A study published by UN Women in 2016 revealed that an estimated 55% of women aged 15 to 49 in the country had experienced a lifetime physical and/or sexual intimate partner violence. The study also stated that annually, 13% of women aged 15 to 49 reported experiencing sexual violence. And the numbers are likely to be even higher, as many victims are afraid to come forward due to the feeling of vulnerability, fear, insecurity, and shame. Human trafficking, sex trafficking and forced labour are major crimes Uganda is facing. The ‘Trafficking in Persons’ Report 2018 suggests that recruiters target girls and women aged 13-24 years for domestic sex trafficking, which involves between 7,000 to 12,000 children.

Helen and the RHF are working with women and children, especially victims of GBV, human trafficking and sex slavery in Uganda. They provide safe places for victims to support them along their recovery journey, build awareness and spread prevention methods thereby fighting for social justice in the country. The NGO is following a holistic approach of advocacy and sensitization through village community meetings across Eastern Uganda to raise awareness about the rights of victims. 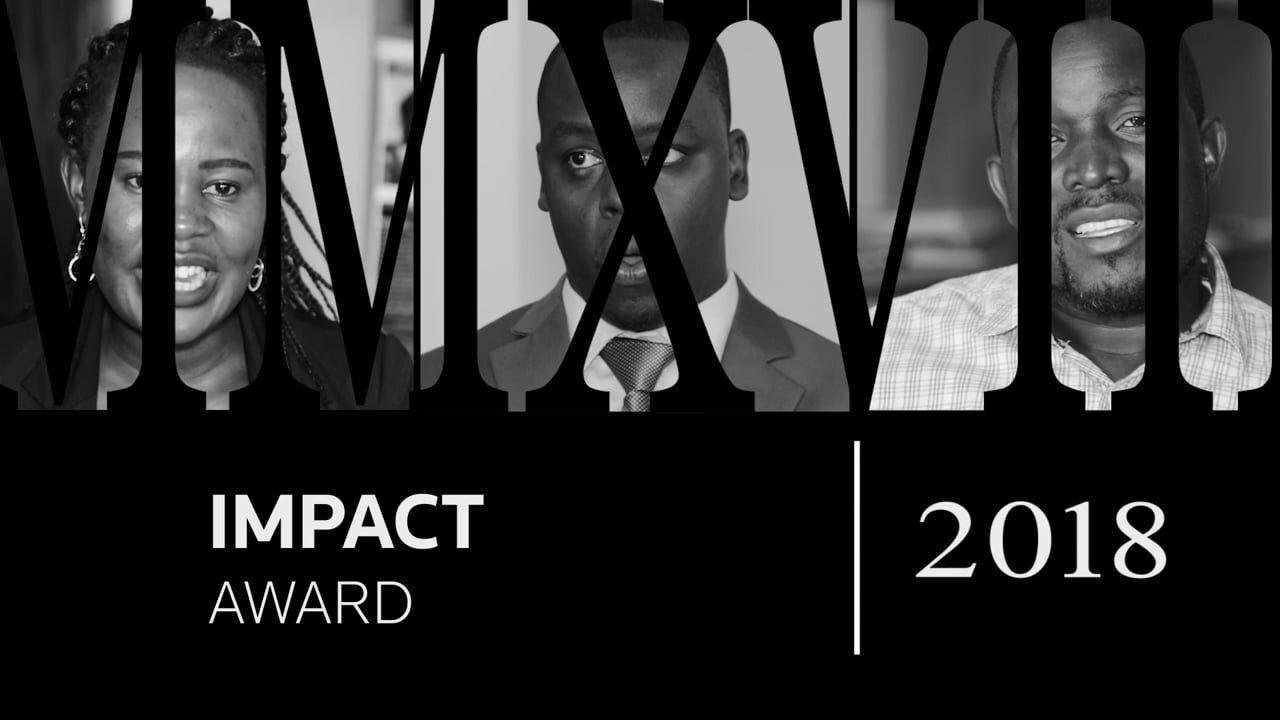 For their inspirational work, the NGO was awarded with the Impact Award of the 2018 TrustLaw Award, organized by the Thomson Reuters Foundation. The TrustLaw network includes nearly 4,000 NGOs and social enterprises that receive free legal assistance from over 800 law firms and corporate counsel members to create change on a policy level.

Together with the Ugandan law firm Onyango & Company Advocates RHF drew up a policy for child protection to protect them against trafficking and sexual abuse. The policy has been adopted since then from various organizations, on the community and regional level. Not only communities are adopting the policy, but also the Commissioner for child protection & trafficking has been supporting the initiative to implement the new law in Uganda.

While Helen had a lot of expertise in dealing with GBV and Trafficking in Persons (TiP) cases, advocacy and lobbying with government agencies was a challenge. Through the media training provided by Thomson Reuters journalists and media experts during the Unveil the Hidden Presence – Trafficking in Women and Children Lab, she strengthened her public speaking and advocacy skills and gained confidence to make use of the public media. Her newly discovered strength empowered her to adapt a new media strategy. “After the lab experience, we put more effort into using media to raise awareness about the existence and dangers of TIP. We started using radio stations by paying for airtime and getting into talk shows and debates”.

This approach has been very effective in covering large populations across Eastern Uganda. RHF started to receive calls from different areas seeking help, justice and advice. The NGO opened a toll-free nationwide helpline receiving on average 50-75 calls every fortnight. “We have been able to get clear information from whistleblowers about companies and individuals trafficking or enslaving others which are resulting into saving a lot of victims of TIP”.

Connecting with the lab participants helped Helen substantially in her daily work, not only because it provided her with more knowledge about strategies and approaches in advocating for an end in Trafficking in Persons, but also through expanding her network. “I got networks that helped me to connect with organizations that strategically use connections to bring back (save) TIP victims to their home countries”. Moreover, the dialogue approach brought in new ideas on how to enhance the impact of her work and create long-term awareness to reach social justice in Uganda. Hence, a strong resilience and prevention strategy has been built up to enhance the protection of the target group.

Following the new media strategy, RHF is planning to design a “project of advertising and sensitizing people about dangers of TIP through newspapers, radio, and social media and what we as an organization are doing to fight these evil practices”. Another project is “planning to set up an application that can easily be downloaded on phones to ease reporting of cases of human trafficking by anyone locally” to get better monitoring and reporting of the victims and tackle the root causes. Additionally, RHF started working with local authorities to save teenagers and younger children who are trafficked under the pretext of work, which is however illegal until the age of 18.

Hellen strongly believes that drug abuse is closely linked to GBV, TiP and Modern Day Slavery. In her final submission during the election Hellen said that, “…drug abuse is the gas fueling Human Trafficking and Sex Slavery...” The nomination came as a surprise, World Federation Against Drugs (WFAD) reached out to her. They asked her if she wanted to be nominated for the position. She wasn’t sure given the tight competition from several other people from North America, Europe, Australia and UAE. But WFAD was so confident in her experience and skills and assured her that all will be well given several organizations, including UN agencies, were supporting her. And indeed: On the 5th March 2020 Hellen was voted overwhelmingly, sweeping most of the votes.

Towards a Bright Future

Hellen Lunkuse Waiswa has achieved a remarkable impact in her country, which grew out of her “passion to ensure every human being has a right to freedom, access health information and care, security and safety and all other relate human rights”. Her personal experience of being ‘hurt’ has made her stronger in the perception to fight for social justice in Uganda. By engaging with her NGO in the UN Global Compact, she dedicates her work towards the “respect to human rights, labor, environment and anti-corruption”.

The approach of the Global Leadership Academy has forged Hellen’s abilities and brought new perspectives into the work of RHF. Consequently, a bigger impact has been achieved and may continue on a long-term perspective to prevent human trafficking and eradicate GBV and SGBV for a better future in Uganda.

“After the lab experience, I put more effort into using media to raise awareness about the existence and dangers of  Trafficking in Persons. Now our awareness campaigns reach large populations across Eastern Uganda.”