Being an experienced entrepreneur herself, Elizabeth Maloba works freelance as an organizational change and business growth facilitator. Her main concern is the reduction of youth unemployment. She took part in the Power of Diversity Lab.

From a global perspective, some challenges almost seem too huge to get to grips with them. Youth unemployment is one of them, but Elizabeth Maloba was nevertheless determined to apply her expertise to this cause and to shift her role from being a process consultant to an agent of change, when she decided to take part in the Power of Diversity Lab in 2015.

In the text below, Elizabeth analyses the dimensions and consequences of youth unemployment in Africa. We talked with her about her personal evolvement, her approach to creating jobs for the youth and her future plans.

A common challenge to diverse societies

Youth groups have become a more potent force in African elections than ethnicity or regionalism. The young had been most disadvantaged by endemic corruption and had suffered most from the disintegration of state services. The continent is beset by a burgeoning generation which had received little or no education and had few skills. Unemployed young people are susceptible to manipulation and exploitation. In many election campaigns in the continent, youth groups, unemployed young men in particular, are responsible for most of the political violence. Young people are brought into political parties for token payments or promises of future benefits – to intimidate voters and break up political rallies. Many hold membership cards of multiple parties and switched alliances for greater rewards. There is deep mistrust between politicians and the marginalized youth. With few opportunities for betterment, these young people pose an escalating threat to Africa’s stability.

Population growth is not the single cause

Still, the correlation is not that direct:

1. The youth bulge has not created an even unemployment rate throughout the continent; and
2. It is not the numbers of young people that has created unemployment but structural issues specific to individual countries.

Unemployment in Africa is at an average rate of 11.9% for the years 2012 and 2013 (compared to 13.1% global average). However, due to the size of the continent and different degrees of urbanization and shifts in economic activities it is very difficult to generalize. South Africa, despite being a leading economy, had one of the highest levels of youth unemployment (50%). Nigeria had a relatively lower youth unemployment percentage – 13% – but due to its large population size (170 million) the actual number of unemployed youth is high. Rwanda has one of the lowest youth unemployment rates globally.

The unemployment figures in Africa are largely a result of specific economic and political contexts. Lack of investment in infrastructure and subsidy for sectors with potential for creating jobs have created deep structural issues. Levels of education in Africa are comparatively low, creating a considerable skills gap among youths at working age. According to the African Development Bank, 25% of African youths are still illiterate, and despite a rise in enrolment in primary schools from 60% in 2000 to 77% in 2011, the issue of low skill levels in the workforce will continue to be a problem. Although young people today are better educated than their parents, they remain twice as likely to be unemployed as their elders, partly because of a mismatch between their skills and what is required for available employment opportunities. Young people need genuine education and skills training, but crucially their ambitions need to be matched with opportunities. In Tanzania for example, because of the small size of the formal sector, there is higher unemployment among individuals who have received secondary education than amongst those with lower education.

The conventional approach has been to address youth unemployment from the supply side – making youth more employable. However, for absorbing new entrants to the workforce it is vital to create demand for personnel. Such a shift in demand requires a dynamic change in economic structure.

Transformation often starts within the minds of the stakeholders. Therefore, identifying her own driver to change was crucial to Elizabeth: “At the end of the Lab I had a better understanding of my passion to address the youth unemployment issue – I had both a great experience of being integrated in the world of work and an unexpected career path that motivated me to think that all young people deserved such a fulfilling experience.”

This is only one of the lessons she learned about herself in the Power of Diversity Lab. Elizabeth challenged social norms and values she had accepted and incorporated though she did not necessarily believe in or support them in her day to day work and her overall aspirations. She found that the very fact of not fitting the mould was a source of her strength. In her words, “powerful women are not the typical archetype in patriarchal communities, and patriarchy is a global phenomenon. I could choose to fit in and diminish my power, or to be myself in spite of the archetypes. And in fact I liked the feeling of being myself, and the possibilities being myself offered in response to my pressing question.” This conclusion unleashed a lot of power and fostered her trust in her intuition: “Today I confidently define what I would like to do and make plans to achieve it.”

Reflecting on her own experience opened her eyes to the importance of experience for developing solutions and tackling challenges both at a personal level and in groups. This inspired, Elizabeth set out to transform the way she shaped group processes: Instead of pushing conflict aside, she came to appreciate it as a resource by allowing space for it and looking into it to identify what change would emerge as a result of the process. Transferring this into her work context was very fruitful. “In developing dialogue sessions on policy development, action planning and strategy development I was able to be aware of and create room for divergent voices especially when they were marginalized and excluded. And I was able to support groups to reach innovative solutions that were unexpected and meaningful.”

These insights paved the way for refocussing her professional role: Elizabeth transformed her professional identity from ‘process consultant’ to ‘organizational change and business growth facilitator’. Having intensely discussed the importance of shifting perspectives and taking into account all sectors during the Lab, Elizabeth reconsidered her approach: “To support the creation of jobs for young people I may need to focus my intervention elsewhere. Jobs are not created by governments, development agencies or civil society but by private enterprises – that is where change will take effect, that is where the potential for growth exists! Therefore, I am working on changing my client focus from development cooperation to private sector – with focus on health, green energy, water resource management, and agribusiness. Deep democracy techniques and principles – and the services of a deep democracy coach – are really helpful to me in this process.”

Using tools from the Lab, and with the support of the coach provided in the process, Elizabeth developed a concept for a youth centered initiative that brings together approaches from private sector, development cooperation and civil society to address the challenge of youth unemployment. She presented this concept at the »FALLING WALLS LAB« as a finalist in 2017 and is now in the early stages of defining a pilot project for implementation within 2019. Being internationally connected – for example as a member of the advisory council of the Global Diplomacy Lab – and enroled in the work based and integrated studies program in Chester University, Elizabeth has laid the foundations for her future plans. “I look forward to using my experience and learning to contribute to initiatives that move the needle on the subject of youth unemployment." 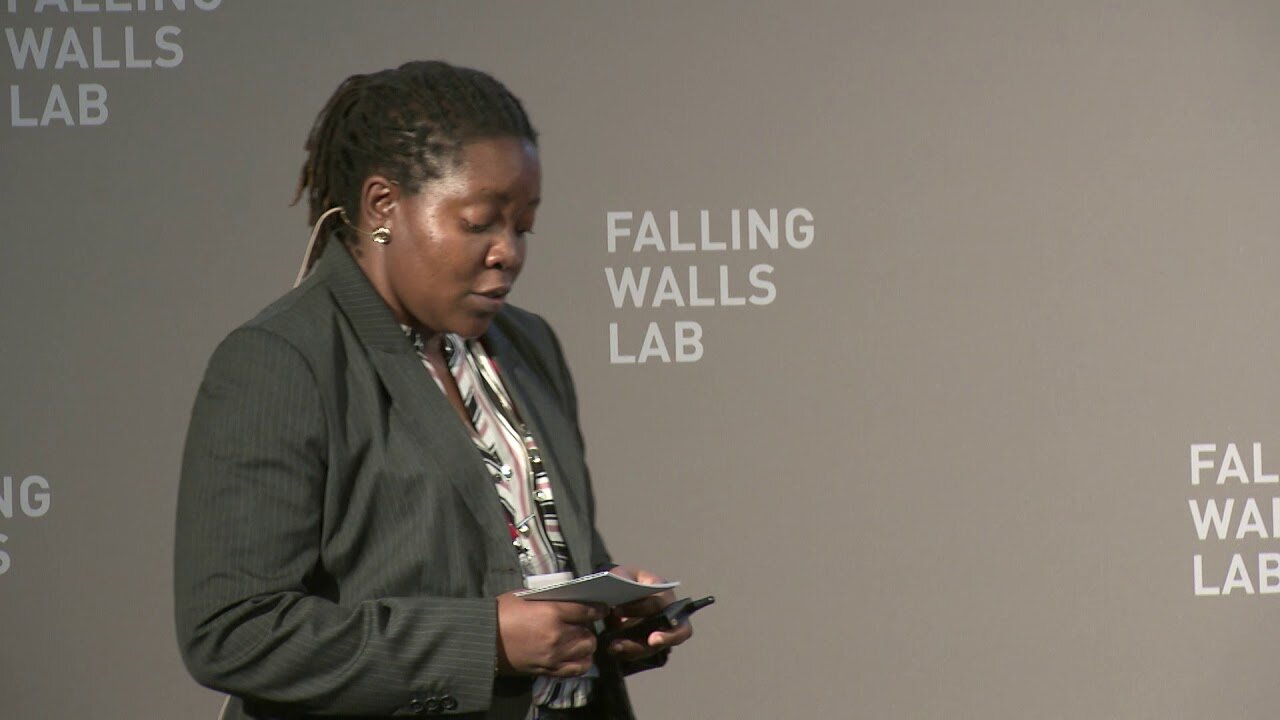 “I create open conversations – both by making open contributions and creating a space in which people feel safe to be open.”