David Obura is passionate about protecting our oceans: to fight the degradation of the coral reefs, he intensively works and researches at CORDIO East Africa to increase sustainability and long-term preservation of the Western Indian Ocean. His goal is to raise awareness on a global level, increase transparency and help to create a safer planet for the next generations. He took part in the Sustainable Oceans Lab.

Coral reefs are the most vulnerable part of our marine ecosystems. Reef bleaching is increasing on a global scale, reflecting and leading to the rapid degradation of our oceans and endangering coastal protection, the life of aquatic species and livelihoods which depend on fisheries. Influencing the living conditions of millions of people on earth, the oceans are of vital importance for the planet. An imbalance of life under water means that all life as we know is in danger.

David Obura, Founding Director of CORDIO East Africa, is supporting the recreation of sustainability of coral reef and marine systems in the Western Indian Ocean with an extraordinary degree of energy. The biggest challenge he sees in his work is to build the necessary partnerships and networks to tackle these issues that naturally cross national boundaries and sectors.

After his participation in the Sustainable Oceans Lab David realized that there is a way for trustful and sustainable cooperation so that finally all stakeholders involved would speak with one voice: that of the Ocean. With the enthusiasm, new knowledge, allies and powerful tools gained from the Lab, he was inspired to apply the Transformative Scenarios Process, developed by Reos Partners to his work. This was an immense step to enhance the local-regional impact of his engagement for the coral reefs.

“The concrete challenge, in this case, was to start a regional partnership process […], work beyond borders and sectors and to motivate countries for involvement and commitment, when they already have a lot of other needs and challenges within their national system.“

In 2017, Kenya was one of the first countries to ban the distribution of plastic bags. This act significantly reduced and raised awareness about marine pollution. Nevertheless, in the face of global warming, overfishing, mass extinction of species and the crossing of planetary boundaries, the need to work together on resilient strategies to stop the depletion of the corals, remained crucial.

Coastal Oceans Research and Development in the Indian Ocean (CORDIO) plays an important role when it comes to the long-term protection of the oceans. David Obura founded the organisation in 1999 as a response to the mass extinction of coral reefs in the Indian Ocean after the phenomenon of El Niño.

The NGO aims to conserve and protect the most vulnerable parts of our biodiverse marine ecosystem: the coral reefs. It takes its research to different stakeholders to achieve sustainable management and long-term policies. Working on the local, national and regional level, CORDIO ensures the resilient implementation of a strategic plan to reach the Sustainable Development Goal No 14 “Life below Water”.

After attending a Conference in Mozambique, David heard from a colleague about the unique possibility to attend the Sustainable Oceans Lab, so he applied and was accepted. But the process could not have been more different from conventional conferences and workshops in the field. “Traditionally, our planning process is top-down and bureaucratic – so how do you break down those boundaries and speed up processes to come to solutions?” During the Lab, David experienced the potential of a group with stakeholders from multiple regions and sectors and what it means to build a trustful cooperation among equal partners. The shared experience with his fellow attendees and the methodological input empowered David to adopt new approaches.

The main revelation for David “was to see participants from other regions presenting their challenges and how they were dealing with them together – in terms of reaching different stakeholders.” Bringing diverse people from different sectors and countries together, changed his way of thinking and gave him new perspectives on how to approach problem-solving strategies. After the end of the lab meetings, David continued to apply the new approaches he had encountered and together with Reos Partners he developed a Transformative Scenario Process for his regional team.

In a partnership with the World Wildlife Fund (WWF) David and his team from CORDIO started to develop a Transformative Scenario for the Northern Mozambique Channel in 2017. In countries of the Western Indian Ocean like Mozambique, people’s livelihoods depend heavily on the ocean. This value is under threat and the biggest challenge is to achieve economic growth while maintaining the health of the ocean ecosystem. Climate change, growing population and escalating investment pose a risk to the environment.

The process included three regional cross-sectoral workshops, held in the Seychelles, Mozambique and Tanzania from May 2016 - March 2017. In these workshops, national leaders identified their priorities for linking national policies and master plans to SDG 14 Targets, and Reos Partners initiated dialogue interviews to build a deeper understanding of stakeholders' concerns in relation to the future of the Western Indian Ocean region. These informed a Transformative Scenario Process mapping the uncertainties and drivers of the future of the Western Indian Ocean and the Northern Mozambique Channel. These scenarios may serve as guidelines for national and economic leaders towards a true and sustainable Blue Economy.

The final outcomes were that participants from governments, communities, and businesses prepared a regional “voluntary commitment” presented at the United Nations Ocean Conference in June 2017, where countries and participants adopted the “Our Ocean, Our Future: Call for Action.”

“The Sustainable Oceans Lab has strengthened my trust in working hard on a vision for a process/project, over the detail, and the importance of holding fast to that vision when negotiations get underway, so that we don’t lose ourselves in the weeds, and continually ask WHY we are doing this. The means should suit the end.”

For David the Lab resulted in a stronger focus on strategy, new funding opportunities, partnerships and more creative and flexible solutions. “I saw the potential for the Lab approach to help break down boundaries in a diverse team”. David has presented his experience with the Transformative Scenario Process in South Africa at the Future Earth Seedbeds Conference in 2018, and at the 12th Western Indian Ocean Marine Science Symposium in 2019.

Applying his new learnings within CORDIO's work wasn't enough for David. In 2018 he took the initiative to organize a SDG Lab on marine litter and plastics in Mombasa, Kenya. The goal was to reduce plastic waste in the environment and beach waste to improve the quality of life for city residents, promote nature-based tourism and address one of the critical ocean health challenges. Bringing together actors from different sectors and communities, David was able to inspire people to take part in the process for a responsible future. The SDG Lab has brought forward new advocates, innovative initiatives, formed a stronger network and delivered change on a systemic level.

Recently, CORDIO has participated in the first Marine Regions Forum concluded in October 2019. The forum provides a unique space for decision-makers, scientists and civil-society actors from the world’s different marine regions. The forum fights for the achievement of the SDG 14 “Life Below Water”, which equals CORDIO’s aim to protect biodiversity and the balance of the marine and coastal ecosystems. The main goal of the Forum is to create impactful collaborative solutions for the ocean’s health and regional ocean governance until 2020.

With his work, David Obura has achieved to give a voice to the ocean and to bring forward innovative approaches for the recovery of the coral reefs and Sustainable Blue Economy. He is a member of the Earth’s Commission, founded in collaboration with future earth serving as an expert in coral reef ecology. With his vital knowledge, he is part of a group of leading international experts who identify risks and develop a coherent suite of scientific targets to protect Earth’s life support systems. This important work continuing, David wants to ensure that the next generations are empowered to protect the oceans and our planet remains habitable. 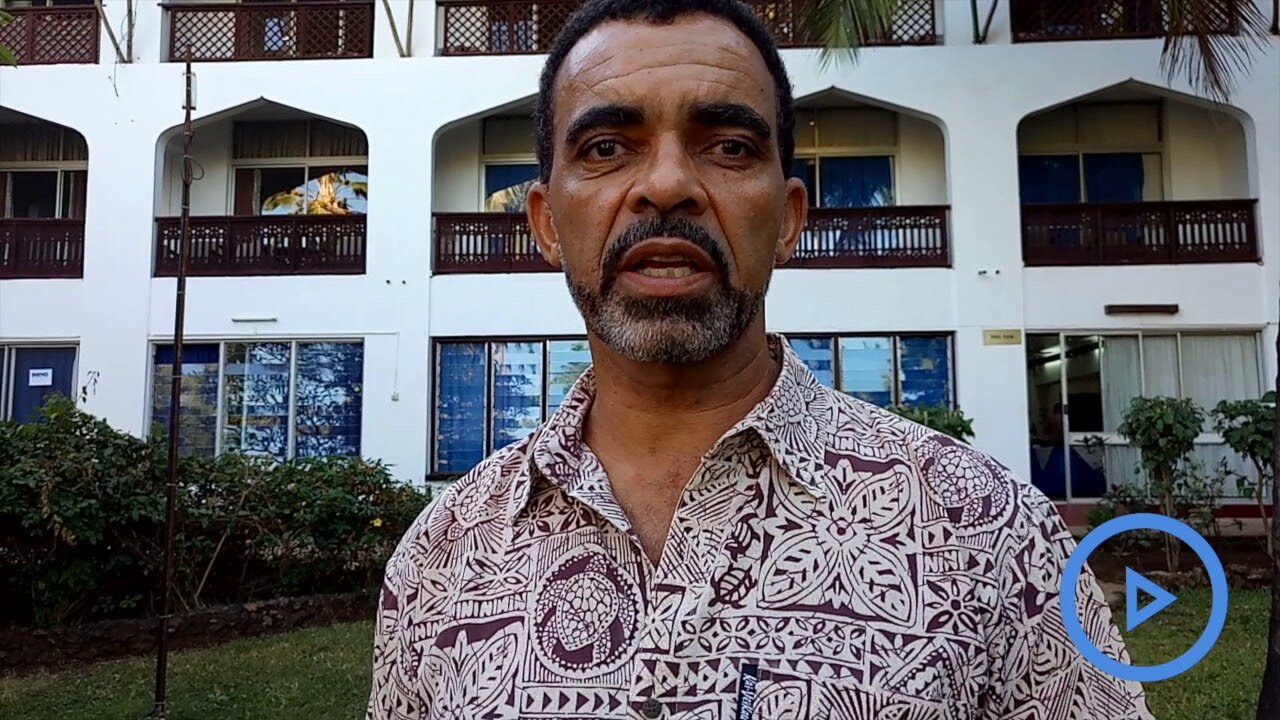 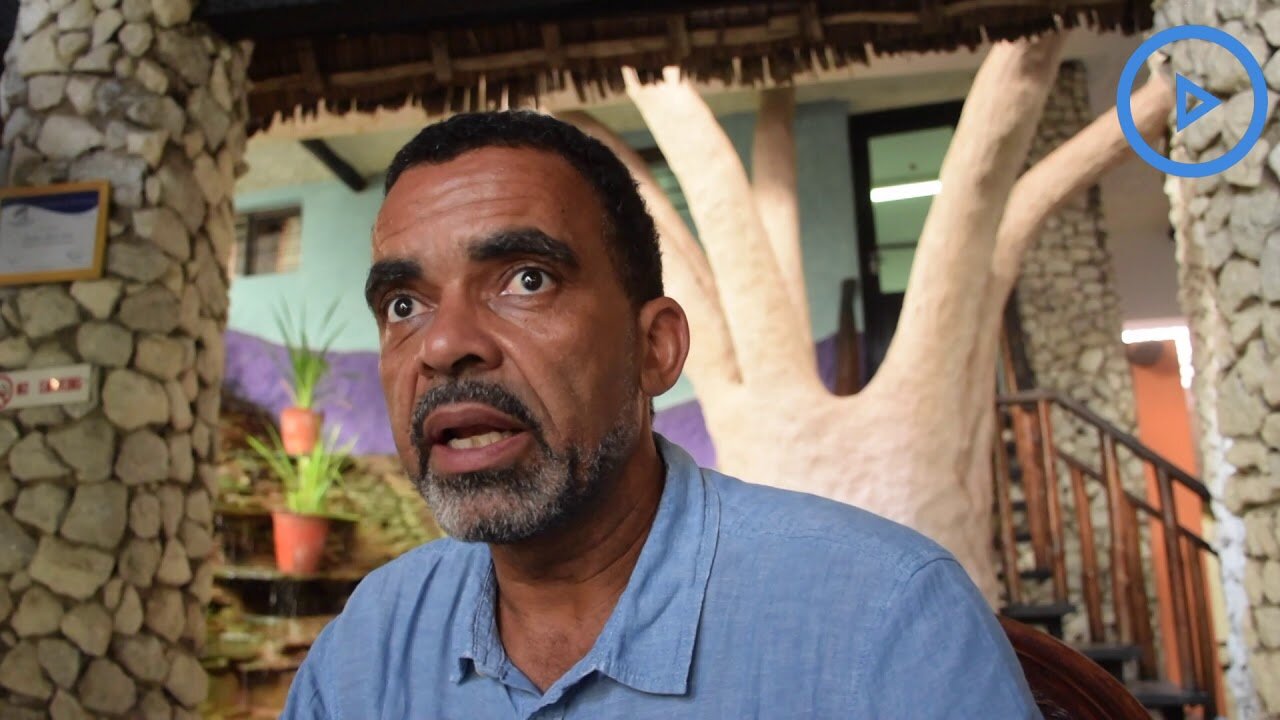 “For me the Sustainable Oceans Lab has so far validated what I feel we know intuitively, but lose as we mature professionally: that we should not and cannot overplan everything. By being open to the situation and people, and reflecting carefully, we should be able to come to a solution, and work to improve this at every step. It is partly in conventional wisdom —learning by doing, trial and error, and ‘feeling our way forward’— but of course codifying and refining it through practiced approaches. The challenge is to embed it in planning processes.”