Among a lot of other things, Nipun Mehta is the founder of ServiceSpace.org, a community that connects volunteers and their projects around the world and today has over 500,000 members. Nipun participated in the Global Wellbeing Lab 2.0.

The life of Nipun Mehta so far has been a fascinating journey. After abandoning his adolescent aspirations of becoming either a tennis-pro or a Himalayan Yogi, he started a more conventional career with a Computer Science and Philosophy degree at UC Berkeley and a promising job at Sun Microsystems. However, he soon realized that there had to be more. Together with three friends he decided to offer an act of pure giving as an experiment, building a website for a homeless shelter. The charitable act inspired them to found ServiceSpace.org, a loose knit organization that uses technology to encourage everyday people around the world to do small acts of service.

From this day on, thousands of websites have been built for non-profit organizations free of charge, but also numerous other acts of kindness have followed Nipun’s initiative. Of course, a free spirit like Nipun is not resting on such a result, but has – after having spent a considerable amount of time on a walking pilgrimage in India with his wife Guri – continued to volunteer in the service of others. For his altruistic ideas and actions, he has received many awards, including the Jefferson Award for Public Service. After participating in the Global Wellbeing Lab 2.0 in 2015, Nipun was appointed to Barack Obama’s Advisory Council on Faith-Based and Neighborhood Partnerships, where he has shared insights from the Lab.

“If we can't control our attention, all our technologies, frameworks, metrics, and institutions can't create much change. If, however, we are able to nestle our innovations in the field of our own inner transformation, then its potential is boundless.”

Nipun found that the ripple he has created with ServiceSpace resonates with the other members of the Global Wellbeing Lab 2.0., for each and every one has created their own ripples. From the discussions, Nipun found a large variety of ideas have emerged that will go beyond simply igniting a spark. Or in Nipun’s words:

"The impact of the Lab has actually been astounding, not merely in the quantity of impact and in the quality of the connections. So many of us met in the spirit of our shared values and that allowed our friendships to blossom in so many unexpected directions. For instance, I originally met Alfred in the circle, he's been very inspired by the ServiceSpace community. I've spoken at many of his remarkable conferences in different parts of the world and he just came to our Gandhi 3.0 retreat in India. Similarly, David and I had a deep conversation about meditation during a bus ride in Bhutan, as part of the lab, which has rippled into so many projects and intiatives in Costa Rica and beyond. All to say, that because of the lab's organizing principles, we were all able to build deep relationships and its ripple effect continues even now, several years after the lab."

In a blog entry, Nipun shares his thoughts on the Global Wellbeing Lab 2.0 Launch Workshop in Berlin, Germany in February 2015: 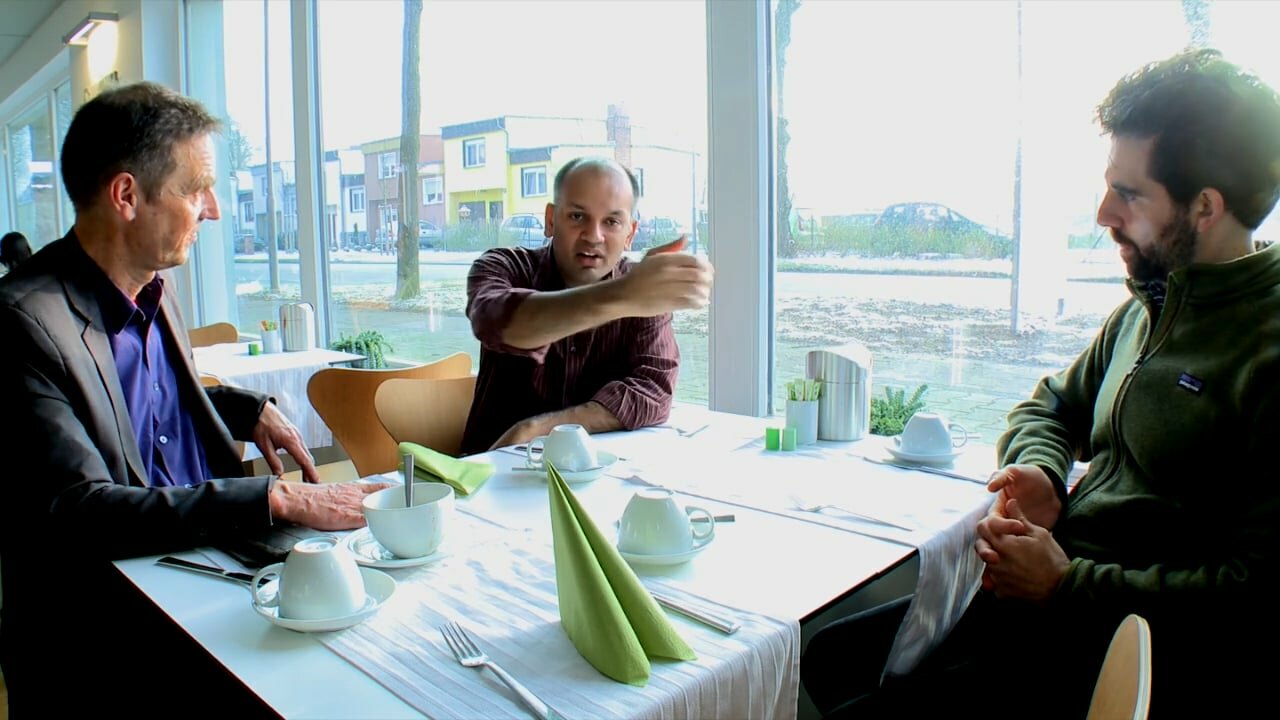 “When our hearts and minds come together as one, wonders can emerge.”