In the face of the global challenges, every individual member ot the GLAC Network feels that if we want to achieve these global goals and mitigate risks for future generations, we need to flip the switch! They networked globally with their peers and developed communities of practice, initiating sustainable transformation through projects and change processes.

Each episode of Flip the Switch is a deep dive into the world of one of these individuals, their personal connection to the global challenges and the way they found to contribute towards solutions for a better future. Listen to their personal journeys and be inspired.

It’s time to flip the switch and start creating a future that leaves no one behind.

According to the UN 1 in 3 women (736 million) have been subjected to physical and/or sexual violence at least once since the age of 15. Women world wide are exposed to sexual harassment and gender-based violence every day, but often incidents remain unreported and therefore create an underrepresentation of the issue in media and lastly in minds...

Lacking accountability and transparency of institutions and leaders are a huge problem in a lot of countries around the world. Despite some progress, threats to open societies are increasing and there has been a continued lack of accountability of those in power. The key to battle corruption and abuse of power is to strengthen civic participation, community engagement and innovation in governance...

Globally between and within countries progress in good health has been uneven. Most national averages hide that many are being left behind. To elongate life expectancies, reduce maternal and infant mortality rates and fight deceases like Malaria and HIV the world is in need for smart people to find answers for the most pressing questions in medicine trough research and dedication to learn...

To address global challenges such as climate change, poverty, hunger and others, knowledge and education are the basis for finding solutions to these problems. Quality education is one of the most effective and proven means for sustainable development and social change. And sometimes you learn things that are not taught in school.

People with divers Sexual Orientation, Gender Identity and Expression, and Sex Characteristics (SOGIESC) often face violence, exclusion and gender-based discrimination and inequalities as a result of their expression or gender identity. When talking about gender equality non-binary people, trans women, lesbian, bi and queer women (LBTQ+) , or women with diverse sex characteristics are often left out, assuming all women are cisgender and heterosexual. True gender equality not only means equality between women and men, it means equality across all genders on a non-binary spectrum...

All speakers are a part of the GLAC Community, wich is a diverse action network of independent leaders and change agents from more than 110 countries around the world. The network emerged from multi-stakeholder dialogues conducted by GIZ and its partners, working on the big global challenges of our time, the 17 Sustainable Development Goals of the Agenda 2030. 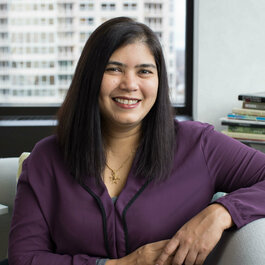 ElsaMarie D’Silva is the Founder of Red Dot Foundation (India) and President of Red Dot Foundation Global (USA). Its platform Safecity, crowdsources personal experiences of sexual violence and abuse in public spaces. Since Safecity started in Dec 2012, it has become the largest crowd map on the issue in India and abroad.

She co-founded the Gender Alliance which is a cross-network initiative bringing together feminists from the BMW Foundation Herbert Quandt's Responsible Leaders Network, the Global Diplomacy Lab, the Bosch Alumni Network and Global Leadership Academy Community (by GIZ).

She is listed as one of BBC Hindi’s 100 Women and has won several awards including Government of India Niti Aayog’s #WomenTransformingIndia award and in 2017, she was awarded the Global Leadership Award by Vital Voices in the presence of Secretary Hillary Clinton. Her work has been recognised by the United Nations Alliance of Civilisations through the Intercultural Innovation Award, SDG Action Festival and the UN Foundation at the Solutions Summit 2016. She is a co-editor and author of “The Demographic Dividend and the Power of Youth” published by Anthem Press on behalf of the German Federal Foreign Office’s Global Diplomacy Lab.

She has penned articles that have appeared in CNN, Huffington Post, WIP amongst others. She has spoken about her work at the Rotary International Assembly 2019, Aspen Ideas Festival , at TEDx MidAtlantic, UN Women, State Department, Vital Voices South to South Leadership Summit. She has been a panelist for World Bank, NDI, USIP, SheThePeople and hosted a roundtable at the Bloomberg CityLab London 2015.

Prior to Safecity, she was in the aviation industry for 20 years where she worked with Jet Airways and Kingfisher Airlines. Her last portfolio was Vice President Network Planning & Charters where she oversaw the planning and implementation of 500 daily flights. 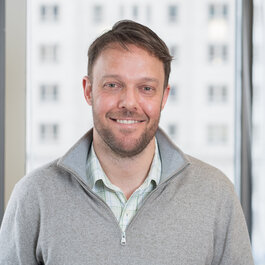 Blair Glencorse is Executive Director of the Accountability Lab - an organization that makes governance work for people around the world. Blair and his team have done everything from building large-scale socially conscious music campaigns in Nigeria; to monitoring and improving public services in Pakistan; to running a global TV show called Integrity Icon to “name and fame” honest government officials. Blair is also a member of the Steering Committee of the Open Government Partnership; an expert on anti-corruption with the World Economic Forum; and a member of the World Bank’s Expert Advisory Council on Citizen Engagement. He is the Co-Chair of the C20 Anti-Corruption Working Group, advising the G20 on issues of anti-corruption on behalf of global civil society. Blair speaks and writes regularly on issues of open governance, citizen participation and social change. 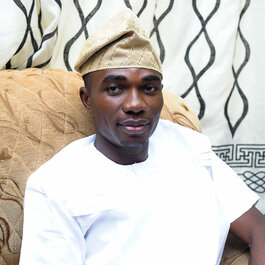 Oluwaseyi Bolarinwa knows that responsible people make successful environment. He strongly believes that one of the ways to bring up responsible people is through education. He is experienced Further Mathematics and Mathematics tutor with six years of experience teaching professionals and students. Oluwaseyi loves teaching students who are passionate to make or build carriers in any field of Science and Engineering or want to understand Mathematics as a Science at graduation or Master’s level.

He has worked with hundreds of students in the last six years of his teaching career and has helped students to deal with difficult topics and subjects. 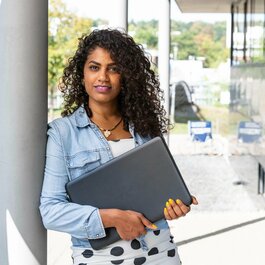 Tawhed Bashar is a Sudanese woman, with five years of collective Eeperience in the environmental field. With BSc Civil Engineering from the University of Khartoum, and  MSc Water Resources Engineering And Management from the University of Stuttgart. She is a Young Water Fellow with business development training in social innovation by cewas and Young Water Solutions. Tawhed is trained by Indian Institute of Technology, Madras in sustainable waste management, and the  co-founder of the social enterprise  ECO Genius Innovative Environmental Solutions a social business that empowers children to come up with creative solutions to water and environmental issues in their communities. Currently working as a Sustainability Business Development Officer at the Emirates Green Building Council in Dubai, Tawhed considers herself a social-technical environmentalist, with a strong focus on sustainable innovative solutions, and special attention to social needs, and their economics. Her personal skills allowed her to stand out socially and in leading positions, she is a decision-maker, goal-oriented, and determined individual. An initiator, innovator with creative skills to utilize any environment efficiently. 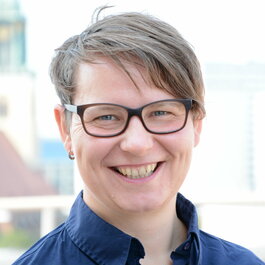 Kathrin Tietze holds a degree in Educational Studies, English linguistics and Psychology, studying in Germany and the United Kingdom. Early on, she developed a passion for and expertise in human rights, equality and inclusion. Previous work places include a city council, an NGO dealing with violence against women and children, and project manager with major focus on equality, diversity and inclusion development and implementation at an international organisation. Currently Kathrin Tietze is working as a freelance consultant and trainer for all things diversity and inclusion. In that capacity she is for example giving speeches and presentations, supporting organisations and writing guidance on the implementation of various diversity dimensions, teaching at universities and facilitating workshops.

One of her current publications explores SDG 5 Gender Equality in more depth - Beyond Gender: From Individuals to Structures. In: Miller K., Wendt K. (eds)(2021) The Fourth Industrial Revolution and Its Impact on Ethics. Sustainable Finance. Springer, Cham.

Let us know via: